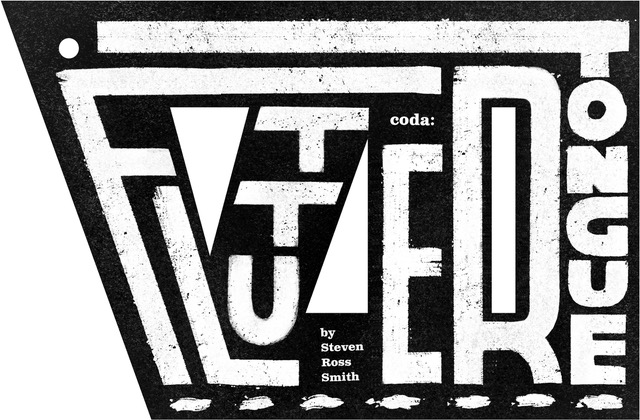 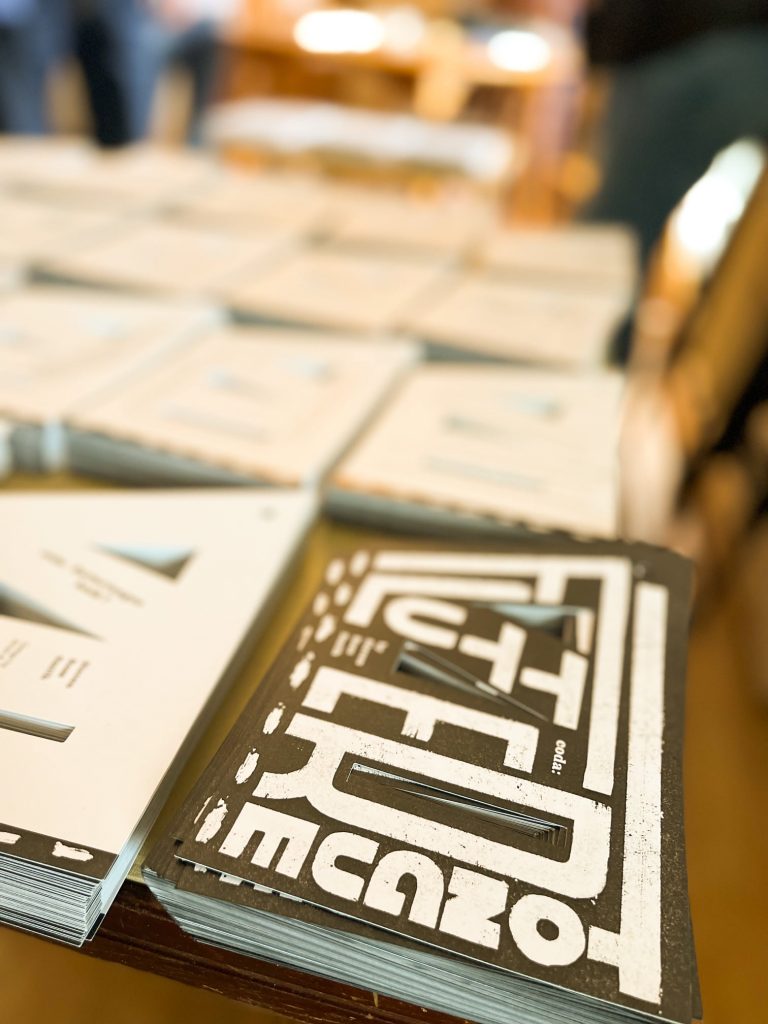 This chapbook concludes fluttertongue—Smith’s seven-book exploration of methods of poetic
composition. He began this adventure in the 1990s, born of the realization that all his work was
just one poem—or perhaps one long interrelated process, stretching and discovering the
possibilities of combining words and pushing them into new poetic dictions and forms. He
borrowed the title—fluttertongue—from music. It’s a technique used by wind players, literally
fluttering the tongue to create a vibrating sound. He took it as a term emphasizing the energetic
activity of the tongue, and thinking of orality, when shaping language in poetry.

coda is a recapitulation of what went before in the previous six fluttertongue books, reduced and
rendered with fresh elements woven in—improvisatory yet echoing—born out of revisiting, and
then morphing words and fonts into additional flutterings.

The poems are organized, each with seven lines, into sets of seven poems. A reader/viewer will
see the way that ‘7’ and ‘VII’ and additional layout is rendered in Brian Kachur’s terrific design.
Perhaps this is also a tribute to his favourite stock car driver Smith saw when he was about ten
years old—Norm Brioux—who raced in Toronto in a bright yellow souped up car, number 77.
With this book, Smith takes a fluttering last lap, waving the fluttertongue flag.

Steven Ross Smith, poet, prose writer and arts journalist, has published fourteen books of poetry, fiction and nonfiction. His work appears in print, audio and video in Canada, USA, and abroad. He is known for his seven-book poetic exploration fluttertongue. Over many decades he’s been effective too as a literary activist, on behalf of writers, speaking, teaching, organizing, blogging, editing and presenting. He has lived and written in Toronto, Saskatoon, Banff, Winnipeg, and on Galiano Island. His collaborative chapbook Table for Four, created with Winnipeggers Ted Landrum, Jennifer Still, and Colin Smith was published as a limited edition by Jackpine Press in 2020. coda: fluttertongue 7, is the final book in the fluttertongue series. The coda visualization is a collaboration with Saskatoon designer Brian Kachur. Smith served as Banff Poet Laureate 2019-2021. He was the founding Director of Sage Hill Writing Experience (1990-2008) and Director of Literary Arts at the Banff Centre (2008-2014). Since early 2020, he’s Covid-coped and
written in Saskatoon, after a decade away. 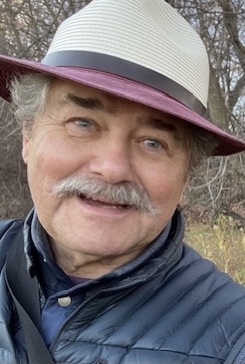